With this month's hike, the Federal Reserve would have raised overnight rates by 300 bp while doubling the pace that its balance sheet, is shrinking over the past 100 days. The US economy is the largest in the world, and US interest rates and the dollar are vital benchmarks. America's centrality remains in what has been dubbed a G-Zero world, even if its share of the world economy is a bit less than it used to be, or the dollar's share of global reserves has been eroded a bit more by the smaller currencies than the euro or yuan. What happens in the US often has repercussions around the world.

It is striking that a little more than a year ago, US leadership was questioned over how it withdrew from Afghanistan, and the parallels with Vietnam were drawn. Since then, US intelligence about Russia's intentions and plans proved spot-on, and the US has been instrumental in the Ukrainian-imposed humiliation of Moscow. Putin has succeeded where American leaders have failed: Germany and others in Europe will boost defense spending. The Nord Stream 2 pipeline, which the US long objected to, may never operate. Going forward, Europe will rely more on the US for energy and military hardware. Sweden and Finland will join NATO.

China has been weakened by Russia's invasion of Ukraine. Europe's experience over the past year makes it more suspicious of the authoritarian government in Beijing. It does not want to make the same mistake it made with Russia by thinking commercial ties can overcome political differences. US allies in the Asia Pacific region, especially Japan and Australia, have stepped up their military preparedness amid heightened fears of some similarities between Russia and Ukraine and China and Taiwan. Ukraine's success in repulsing Russian forces also offers a powerful and positive message to the Taiwanese people. And in a powerful demonstration that Russia's actions are not distracting the US from the strategic challenge posed by Beijing, new sanctions by new restrictions by the Biden administration threaten to cripple China's semiconductor industry.

The geopolitical backdrop is challenging, but US adversaries are largely suffering from self-inflicted wounds. And as we spend more time thinking and planning for next year, having a sense of the trajectory of the US economy, Fed policy, and interest rate is critical for businesses, households, and consumers. Unfortunately, the domestic challenges may be greater than the international ones, and the worse has yet to come.

Around the time the US withdraw from Afghanistan, the Federal Reserve pivoted and committed itself to the process of normalizing monetary policy after the Covid crisis. Between the signal and the first rate hike (March 2022), the two-year yield rose more than 100 bp, underscoring the importance of the communication channel of policy. US businesses struggled to manage inventories as the economy re-opened unevenly and supply-chain disruptions. Who can forget the pictures of the congestion at US West Coast ports? China's zero-Covid policy led to lockdowns of key manufacturing/export areas, compounding the difficulties. Using GDP math, the trade and inventory developments saw the US economy contract in H1. While worrisome, most seemed to recognize the quirkiness and resisted drawing the conclusion that the US was in a recession.

Yet, the path to avoid a bonafide recession looks exceptionally narrow. The federal government and the Federal Reserve are tightening policy aggressively. The fiscal headwinds are not fully appreciated, as monetary policy is often the focus. However, the US budget deficit is expected to fall from 10.8% of GDP in 2021 to 4.2% this year. After the Global Financial Crisis, it took several years to achieve this magnitude of fiscal consolidation.

The Federal Reserve is engaged in one of its most aggressive tightening operations, even if it was slow to begin it. Moreover, the Fed continues to be surprised by the magnitude and persistence of inflation. In June, with monetary tightening well underway, the median Fed forecast was for the Fed funds to be 3.375% at the end of this year and 3.75% at the end of 2023. Three months later, the median jumped to 4.375% and 4.625%, respectively. Even this might not be enough. The futures market is closer to 4.5% at the end of this year. It sees a peak near 5% in late Q1 23 or early Q2 23, which is above any individual Fed forecast.

Federal Reserve officials have been trying to convince businesses and investors that rates will have to remain elevated for some time to achieve price stability. However, the market is not persuaded and sees a strong chance (~80% as of October 17) of a cut a year from now (Q4 23). In the market's vernacular, the Fed will raise rates until something breaks. That "something" comes down to inflation, the labor market, and financial stability.

Headline inflation in September was above 8%, and the core rate, which excludes food and energy, reached a new high of 6.5%. Still, owing to the base effect, as this year's rise drops out of a 12-month comparison, US CPI will likely slow markedly next year, barring new shocks.

There are several dimensions of the labor market. Job growth remains strong, and job openings are plentiful. The unemployment rate stood at 3.5% in September, matching the lowest since 1969. Average hourly earnings are 5% above year-ago levels, which the Fed sees as another sign of the tightness of the labor market, even though wage growth has not kept pace with inflation. A negative nonfarm payroll report would be a wake-up call. Households coping with the cost-of-living squeeze by drawing down savings, taking cash out when refinancing mortgages, and heavy use of credit cards.

Financial instability can take many forms. What previously stopped the unwinding of the Fed's balance sheet was the strains in the banking system from extinguishing reserves. Around the October IMF/World Bank meetings, US Treasury Secretary Yellen expressed concern about the liquidity in the US Treasury market. In addition, some observers put an emphasis on the blowback from trouble abroad, such as the Bank of England stepping back into the market recently to buy bonds, the Bank of Japan's intervention in the foreign exchange market for the first time since 1998 to stop the yen from falling, and the increasing difficulty in securing dollar funding.

In planning for next year, we need to recognize that the headwinds are set to intensify next year. The cumulative effect of the tighter monetary and fiscal policies has not yet worked its way through the economy. The Federal Reserve will likely continue to raise interest rates through at least the first quarter of next year. As a result, the recession that may have been avoided in 2022 looks bound to come to the US (and Europe). 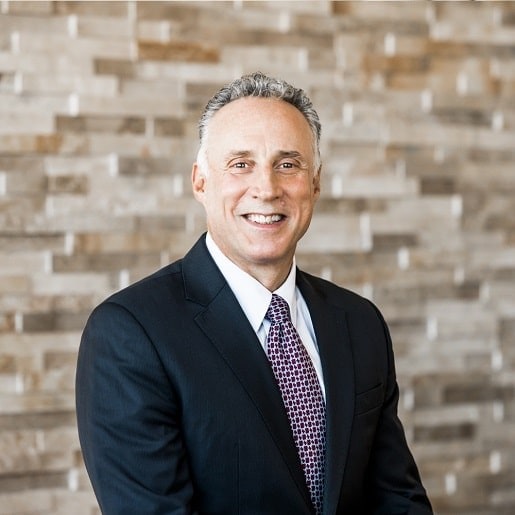 One of the most widely respected and quoted currency experts, Marc Chandler has been covering the global capital markets for more than 30 years. As a keen observer of the interconnection of international politics and economics, Marc appears daily in the financial press - CNBC, CNBC Asia, FOX Business, Bloomberg TV and Radio, Barron’s, The Financial Times, The Washington Post, and more – where he provides his colorful take on the day’s global financial and economic news.

Throughout his career on Wall Street, Chandler has advised private businesses, hedge funds and asset managers on navigating the foreign exchange market, and most recently joined Bannockburn Global Forex as Managing Director and Chief Market Strategist in their New York City office.

The information on this page is accurate as of October 2022 and is subject to change. First Financial Bank is not affiliated with any third-parties or third-party websites mentioned above. Any reference to any person, organization, activity, product, and/or service does not constitute or imply an endorsement. By clicking on a third-party link, you acknowledge you are leaving bankatfirst.com. First Financial Bank is not responsible for the content or security of any linked web page. Member FDIC / Equal Housing Lender.

You are about to go to a different website or app. The privacy and security policies of this site may be different than ours. We do not control and are not responsible for the content, products or services.

Login to continue your application for new checking, savings, and money market accounts.

Additional tools and resources for businesses